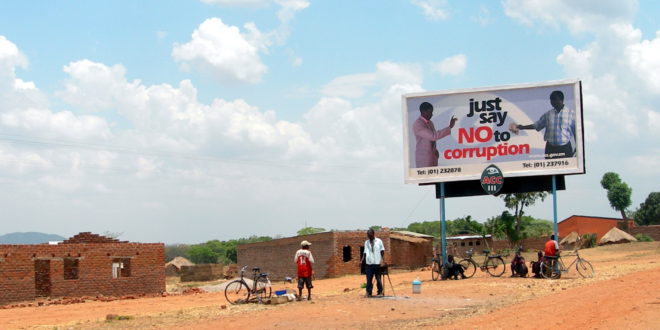 “Over 80% of us Kenyans are christian, yet Kenya is one of the world’s most corrupt countries”

No Other Place On The Planet Is Seeing Christianity Grow Faster Than In Africa, Yet Corruption Is Still An Ever Growing Problem In The Continent

With the enormous growth of christianity which has taken place in Africa south of the Sahara, one would think that society’s problems would be slowly disappearing in the great continent. Yet, the two do not seem to be hand in hand this time. According to Transparency International’s 2015 report on global corruption, 58% of the overall population felt that corruption had actually increased throughout the continent over the past year. “It is puzzling to think that over 80% of us Kenyans are christian, yet Kenya is one of the world’s most corrupt countries,” says pastor Adah Adoyo.

Adah stands behind the podium and addresses the crowd at a church conference hosted by the pentecostal church Door of Hope in Narok, a few hours drive westward from the capital Nairobi. Together with her husband, Adah leads one of the largest baptist churches in Nairobi. Now, as she preaches at the village’s conference, she asks questions of her fellow Kenyans about their desire for a clean wallet as well as a clean heart. “It [corruption] must mean that our faith has not made a difference on our character,” she says.

In the year 1900, there were 10 million christians in Africa. By 2000, that number had grown to 360 million and it is estimated that by 2025 there will be 633 million christians in the continent, according to numbers from the Christian Broadcasting Network. Additionally, according to Pew Research Center, 40% of all of the world’s christians in 2030 will reside in Africa. The gist of the story is that christianity is growing faster in Africa than any other continent. At the same time, the African continent is plagued by a level of corruption which few other places in the world can measure up to. Kenya, for example, finds itself at number 139 out of 168 on Transparency International’s list for global corruption percentage index published in 2015. The same study also found that 64% of the continent’s population believe that corruption has worsened over the last year. Many of that same number also would also say that corruption has taken a drastic turn for the worse. In short, Africa’s corruption has become a problem for christian revival.

Occupied With Everything Other Than the Problem

“After spending many years in Africa, I have a paradoxical view on things,” says Tomm Kristiansen. The former foreign correspondent for NRK was also a communication advisor to South Sudan’s president, Salva Kiir, from 2006 to 2008 and had the opportunity to see corruption expand. “There is a real reason why the fight against corruption is not important to christians” continues Tomm.

The battle against corruption is mostly absent, explains the journalist and author who has followed the life of the church in the African Continent for many years. “I have seen it, not amongst pentecostals, but among lutherans, baptists, methodists, all are occupied with questions about ethics just not corruption,” says Kristiansen.

“Corruption is a breach on certain commands,” Kristiansen continues and thinks about the seventh command not to steal. “It is stealing from society, from the poor. It is imperative that this should be important for the church.”

Kristiansen thinks that the source of the problem comes from the fact that a corrupt president is seen every Sunday in a church. “It is here that we can seen the authoritarian culture in Africa, where people do not dare to say anything against leaders. And the cycle keeps repeating itself.”

“It was a good growing exercise for us,” says Walter Otieno Andhoga, leader for FPFK, over our Skype meeting. He is on a tour around Tanzania to take part in meetings and prayer conferences, but has taken time out of his schedule to speak to us over the internet. “They (NORAD) did not give us any advanced notice that they were coming. Suddenly they were here and asked us to turn in documents about our finances. It was a challenging experience, but we had a open and friendly conversation. We were able to share with them how we are working against corruption.”

The FPFK operates with all of the churches belonging to it operating independently. In Kenya, there are 1,100 churches which belong to the FPFK, which makes it challenging for them to be %100 sure that no corruption is taking place within their churches.

“Sometimes we do not have complete control in all areas of our churches,” says Andhoga. “This is something we are deeply aware of, so the last two years we have implemented new practices and given out manuals to try to prevent corruption.”

FPFK has gathered yearly now to go through their practices and have adopted stricter regulations for the documents to be handed in on church spending. Withstanding a few small areas marked out for improvement, FPFK passed NORAD’s exam at one glance.

News of FPFK passing NORAD’s examination brought joy to Tomm Kristiansen. “This is encouraging. This is what happens when one is confronted about one’s resources.

However, corruption is still a problem in society. The church is still afraid to stand up to the powers in this country,” says Tomm.
He goes on to explain that there are two types of corruption which are rampant in the African Continent. “You have the gross form of corruption where leaders make themselves richer. Then you have the “necessary” form of corruption. This is the type that when you come to the airport and need to pay 50 cents to get past customs simply because the workers are unpaid and only official in the uniforms which they wear. The last is a small form of corruption. It is not what creates the problems in society which we need to talk about.”

I am curious to know if Tomm has experienced the church working against corruption in any form. He replied, “I know that the ecumenical organizations are working against it. But the church leaders in Africa tend to excuse themselves from talking about it by saying that they have so many other problems to address, such as human suffering, aids, poverty, education, and health. They claim that they have already so many ethical dilemmas.”

I asked if this wasn’t a fair response as after all, the church leaders do seem to have quite a bit on their plate. Tomm said, “ Yes, that’s true. We cannot judge them based on that argument. It is just that corruption is so foundational to societal problems, so impoverishing, and includes so many different people, even christians. It should be on the same list of priorities. And if not that, at least included in preaching.”

Your Duty To God

Corruption is something which FPFK wants to do something about. However, when NORAD wanted to look through their financial records, some of the independent Kenyan churches dug in their heels. “We do the work ourselves; NORAD does not support us. What right do they have to come in and examine our records?” read some of the feedback which FPFK received, including messages sent to Walter Andhoga.

“We told them that it is part of their duty to God to comply,” says Walter and adds that FPFK has decided to support more young leaders who understand the importance of anti corruption work. “We need more regional leaders, who can go ahead and lead the work. They need to be role models in good behavior and spending.”

There are several reasons to be happy about the role of the church in an otherwise very corrupt society. In Transparency International’s report on corruption in countries south of the Sahara, interviewees from 28 different countries were asked which organizations in the society were the most corrupt and which were the least. One of the organizations near the top of the list for the most corrupt, was the police force, with 47% naming them as the most corrupt organization in their country. After the police came business leaders, government leaders, and tax officials. At the bottom of the list as the least

corrupt came the religious leaders, with just 15% of people saying they had experienced corruption with them.

I asked Walter Andhoga how the church’s fight against corruption can begin to affect society as a whole. He responded that, “We have seen more cases where the churches have lead campaigns. We have systems in place for our congregations, where they sign our regulations saying that we will not give into corruption. In the parts of the country where this has been done, we have seen this begin to affect society as there are reports of less corruption in those areas.”

Rooted in the Culture

Andhoga begins to explain how much of corruption is rooted in the culture in Africa. These roots can cause cases of corruption even when there were originally good intentions.
“Christian leaders know that corruption is wrong, but it has not been specified to them what corruption actually means. In the African culture, many people blend together corruption with generosity. I can be new in the area and someone can come up to me with money or a gift saying, “take this for you and your family”. This can be a gesture that one appreciates you as a leader or it can be corruption. This means that many christians leaders can fall into the category of corruption, even though their meaning was something else entirely. This has happened to our leaders.”

Tomm Kristiansen recognizes this problematic case. “In Africa, there is a tradition that corruption has good intentions” he says. “A town sends their representative to the capitol to fight for something which is important to them. If his case is received favorably in the capitol, he will return with a good deal and the people with thank him with a gift for his work. And that is how things go. According to tradition, he has a right to this gift. It is rooted in the traditions of the villages, but it is also completely wrong in modern society with big budgets.”

I asked if this was the reason then for corruption. Tomm replied, “This and general poverty. Also combined with the fact that the leaders at the top have their own rules.”

Photo from Wikimedia commons and private. 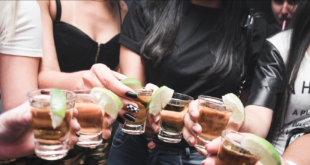 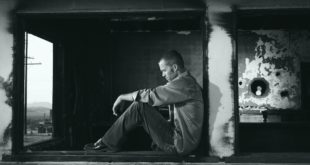 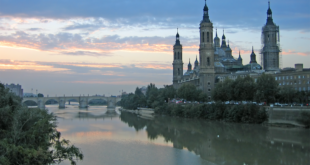 A limit of caring?

We change the flag over our Facebook profile picture far too often.